Games
You have 49 game plays remaining before you must register
Game not displaying correctly? Open game in full window

Fight against evil beans in this fun skill game! In Blowman, your task as a super hero is to jump from house to house by the power of your breathing abilities. Try to get as far as you can and reach a high score!

Villainous
From the makers of "I Have 1 Day" and "Don't Shit Your Pants" comes a new take on Tower Defense. This is a Tower Conquest. Be the villian instead of the hero, siege instead of defend, and take over the world, one kingdom at a time. Rather than building towers and defending against hordes of monsters, you are given the reins of an evil mage that builds his army from the ground up to dominate the lands. You must unlock new units, learn new spells, and think up unique summoning strategies to overcome the defenses of your foes. Credits: Developed by Cellar Door Games Art by Gilbert de Vera (grifter101) Music Credits: Legend by Supersteph54 Irish Loop by HonorOfStyle Enchanted Forest v2 by Jamie Back (hamstercake)
0 0   218   0 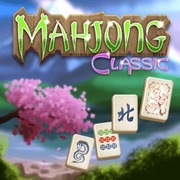 Mahjong Classic
Enjoy the ancient board game classic Mahjong! Match pairs of tiles and eliminate all pieces from the board. Hundreds of levels are waiting for you!
0 0   198   0

Playground Differences
Difference game on the Playground. Spot the differences in this game and use the hint button carefully.
0 0   353   0

Smoking Kills
The popularity of sniper games has always fascinated me. After countless hours of research, I have determined that this is what you want. Note: to get the "Too Cool for Light" badge, you must put your shades on before the first mission. Do not remove them until you have completed the game, even between missions. If you have put the shades on and removed them, reset your game in the trophy room.
0 0   215   0