Games
You have 49 game plays remaining before you must register
Game not displaying correctly? Open game in full window

Swap 2 items and match 3 or more of the same items and remove all purple backgrounds. 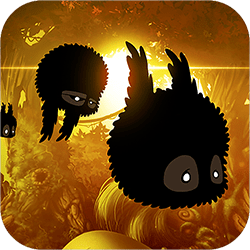 Badland
BADLAND is an award-winning atmospheric side-scrolling action adventure platformer set in a gorgeous forest full of various inhabitants, trees and flowers. Although the forest appears to be right out of a beautiful fairy tale, there’s something terribly wrong. The player controls one of the forest dwellers to find out what’s going on, and discovers an astonishing number of imaginative traps and obstacles on the way.
0 0   617   0

Demonrift TD
Defend the kingdom of Emaeron from demonic surge all over the country! Try this unique mix between Tower Defense and unique turn base strategy game. King Imkael has fallen. The beloved king was killed in a gruesome battle, defending the last free city in the kingdom of Emaeron. Nothing could foresee this hellish invasion. In Demonrift TD you are taking the role as Baroness Milena, commanding last stand of empire troops against the mysterious surge of demon armies throughout the empire vast cities. Upgrade your troops, build and upgrade defended cities to help the empire army wages war against the demons, and start defending the kingdom now!
0 0   437   0

Luxor Tri Peaks
100 different Tri Peaks levels. Remove all cards, you can select cards that are one higher or one lower in value than the open card.
0 0   670   0