Games
You have 49 game plays remaining before you must register

To play this game you must enable flash

The kingdom is under the attack of huge devastating giants and relentless waves of enemies. Build mu...
0 0   145   0
More

At the very first turn, players are only allowed to place their troops. Then, each turn consists of 4 actions: - Place troops - Attacking and conquering countries - Moving troops (to any neighbour countries) - End turn Attacker can use up to 3 dices and defense up to 2. It's not allowed moving troops to a new conquered country and continue attacking. If you move any troop, you can not attack anymore. You can move your troops to multiple countries but they must be neighbours. In multiplayer, players have the option to allow bonus troops. When active, this option gives players extras troops if they conquered at least on country last turn. IF you have any doubt, take a look on the in game how to.

New and improved version of the domination game Sensou. Sensou is a world domination board game where players can play over 6 continents in order to conquer the world. Single player and Multiplayer campaings. In multiplayer, up to 6 players can battle on a single map. Multiplayer has also the bonus troops option. TO REDUCE CPU USAGE: Turn the ocean animation off during gameplay (click on the red circle on the control panel).

House of Potions
Collect all potions in this Match 3 game. Swap 2 bubbles to match 3 or more in a row. Collect potions by moving the potions to the bottom row.
0 0   278   0

Spite and Malice Extreme
Play this classic card game also know as Cat and Mouse or Skip-bo against a computer opponent. The object of this game is to get rid of your stack of cards on the left by placing them on the 3 centre stacks. The first card on the centre stack needs to be an Ace and then you can place cards upwards to a Queen (A-2-3-4-5-6-7-8-9-10-J-Q and suits are irrelevant). You can play cards from your stack at the left, your hand (middle 5 cards) or your 4 discard piles (on the right). Your turn ends when you place a card from your hand to 1 of the discard piles. Only the top card of your play stack, your hand cards and the top cards of the discard piles are available for play. The King is wild and can be used for any value. In this extreme variant you are allowed to use the discard pile cards of your opponent.
0 0   326   0 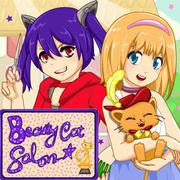